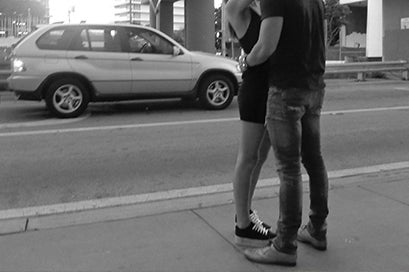 Open and Gross Lewdness in Nevada

What is Open and Gross Lewdness? It is, first and foremost, a sex crime. It can involve either adults, or in a more harshly penalized version of the offense, involve children.

Under NRS 201.210, Nevada law defines the crime of open and gross lewdness as either engaging in sexual activity where the public can observe, or sexually touching another person without consent. It can be charged either as a gross misdemeanor or as a felony.

What about Sex Offender Registration?

Unfortunately, if you are convicted of open and cross lewdness, you will have to be registered as a sex offender. This is surprising to many people, who assume that sex offenders are all rapists or convicts of crimes that involve children, but this is not so. The crime of open and gross lewdness (with an adult) can occur between two consenting adults, if they do sexual acts in a public place. Even in that scenario, they can still be required to register as a sex offender.

Depending on the exact nature of the offense (and the resulting conviction), your sex offender status will vary. A gross misdemeanor conviction will classify you as a Tier 1 sex offender. This means that the information is not searchable in a public database (assuming the victim is an adult). The registration will be for 15 years.

Felony convictions, on the other hand, require registration as a Tier 2 or Tier 3 sex offender. This means the information will be public and searchable. You must register for 25 years (for Tier 2) or for life (for Tier 3).

What are the Penalties?

The penalties vary based upon the nature of the offense, the age of the victim, and the defendant's criminal history.

If the case is charged as a gross misdemeanor, the penalties are up to 364 days in jail, $2,000.00 in fines, and sex offender registration.

However, a past conviction rises the crime to a Category D felony with one to four years in State prison, up to $5,000.00 in fines, and sex offender registration.

A first-time offense done in the presence of a child, however, starts off as a Category D felony with 1 to 4 years in prison and up to $5,000.00 in fines and sex offender registration.

What are Examples of Open and Gross Lewdness?

There are two basic ways to commit the offense of open and gross lewdness, one for sex acts in public, and one for non-consensual groping not amounting to sexual assault.

Example #1: Bob and Jen are in love and they are on a date at the park. Things get a little frisky and they think no one is around and they engage in a sex act in public. Someone sees them and reports it to the police. This is open and gross lewdness for a sex act where it was possible other people would see.

Example #2: Bob meets Erica at a bar for a few drinks. They are being flirty, but Bob grabs Erica's butt without her consent and squeezes it. Erica storms off and calls the police. Bob can be charged with open and gross lewdness for sexual touching without consent.

Can Open and Gross Lewdness be Dismissed?

With the right attorney, it might be possible to negotiate a dismissal of open and gross lewdness charges or negotiate a plea to a misdemeanor offense. One lesser offense that might be involved in plea deals could be misdemeanor battery under NRS 200.481.

What are some Defense Strategies?

If your case has to go to trial, there are some common defense strategies that your attorney will investigate. These might include:

Call our Liberators Criminal Defense attorneys today to meet for a free initial case review and to discuss a plan of attack for defending your case.