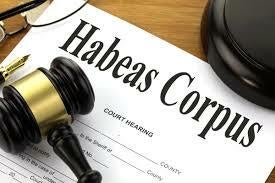 Post-Conviction Petition for Writ of Habeas Corpus in Nevada

What is a Petition for Writ of Habeas Corpus?

A Petition is a legal document filed with the Court, asking the Court to do something. “Habeas corpus” is a Latin phrase meaning “you shall have the body.” A writ of habeas corpus is an Order from the court, requiring that a hearing be held to establish whether there is a constitutional basis for the confinement of a convicted person in Nevada. If the Court grants the Petition, it will hold a hearing to determine whether the confinement itself is legal or illegal (or unconstitutional). A successful result will mean you are freed from confinement.

What are the Requirements for a Habeas Petition?

There are certain requirements you must meet prior to filing a post-conviction Petition for Writ of Habeas Corpus. Nevada has established a statutory scheme regulating the requirements for filing such a petition, as set forth in NRS Chapter 34.

What is the Difference between a Habeas Petition and a Direct Appeal?

A direct appeal is filed via a Notice of Appeal, which will cause your case to be transferred to a highest court. On direct appeal, you have an opportunity to challenge any error made by the originating court. For example, if you went to trial in the District Court, your appeal could argue that the District Court judge made errors which require your case to be reversed. You may also argue that the prosecutor did things that violated your rights which the District Court judge failed to correct. A third argument you might make is that there was not enough evidence to support your conviction.

In contrast, a post-conviction habeas petition is ordinarily filed within the same court that conducted your trial. You do not use the habeas petition to argue that the trial judge made mistakes, or that the jury reached an incorrect verdict. A habeas petition is a request for extraordinary relief, and it will only be granted under a more limited range of scenarios.

Some grounds for relief for a post-conviction habeas petition may include:

What is the Time Limit for Filing a Habeas Petition?

You must file your post-conviction Petition for Habeas Corpus either one year from your conviction, or one year from the denial of your direct appeal. There are some exceptions to these time restraints for good cause, but the easiest way to meet the deadline is to hire an attorney to get your Petition filed on time, rather than try and come up with an excuse for an untimely filing after the fact. You must consult with an attorney regarding your particular case to determine the timeline that applies to your particular situation.

Will I Go Free?

If you are successful in the Court's ultimate ruling, it means your conviction must be vacated and you can no longer be placed in custody. However, even if you are successful, you might be charged and brought back for a second trial. For example, if the reason your Petition succeeds is because your defense attorney provided you ineffective assistance of counsel, the State has the right to subject you to a new trial for the same underlying offenses.

Call our attorneys today for a free initial review of your case and whether a post-conviction habeas petition is something that can help you or your loved one.