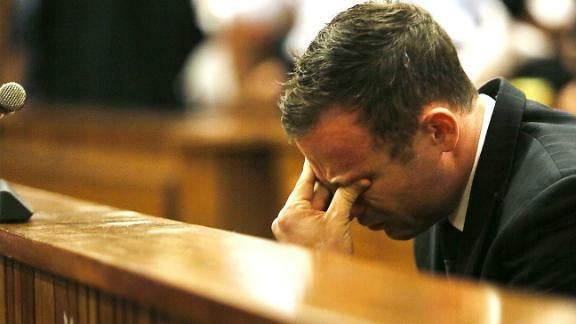 What is a Sentencing Hearing in Nevada?

A sentencing hearing takes place when the judge assigns the actual punishment for your criminal offense. This means that sentencing only takes place after you have been found guilty (or have plead guilty or no contest).

What are the Rules for Sentencing?

Nevada's sentencing rules are controlled by the Nevada Rules of Criminal Procedure. Rule 14 covers sentencing, and it provides that:

1.  Sentence must be imposed without unreasonable delay.

2.  Counsel shall assist the court in setting a sentencing date. The State or the defense must notify the court at the time of the entry of plea, or as soon thereafter as is practicable, whether the sentencing hearing needs a special setting or time frame to present due to the nature of the case, witnesses, victim impact statements, or expert testimony. The court may set these special sentencing hearings on dates and times different from the department's customary sentencing calendar.

5.  Any witness who gives oral testimony at the sentencing hearing must be sworn.

6.  Pending sentence, the court may commit the defendant to custody or continue or alter the bail.

7.  If the defendant enters a plea of guilty, guilty but mentally ill, or nolo contendere, the court may, as appropriate, defer judgment in accord with NRS 176.211; suspend further proceedings and place the defendant on probation upon terms and conditions that must include attendance and successful completion of a specialty court program pursuant to NRS Chapter 176A; transfer the action to a court or a department of the court for the purpose of assigning the defendant into an appropriate program or treatment plan, or order a presentence report and set a sentencing date.

8.  Subject to the provisions of NRS 176.135, a presentence report may be waived and sentence imposed at the entry of a plea of guilty, guilty but mentally ill, or nolo contendere.”

What is a Sentence?

A sentence is an Order from the Court that states exactly what punishment you are receiving. For example, if you are sentenced to prison, the resulting Judgment of Conviction will state how long you are to be committed to the Nevada Department of Corrections for, such as “12 months to 30 months,” for example.

A sentence is the punishment that a judge hands down to a defendant who has been convicted in a criminal case in Nevada. Sentences typically include one or more of the following terms:

What are the Potential Sentences in Nevada?

The range of potential sentences depends upon the crime you are convicted for violating and the facts of your specific case.

Misdemeanors can be punished up to 6 months in jail.

Gross misdemeanors can be punished up to 364 days in jail.

Felonies can be punished between 1 year and life in prison (or the death penalty) depending on how serious the felony is.

What is a Concurrent or Consecutive Sentence?

Consecutive means that the second offense penalty starts only after you have served the penalty for the first offense. For example, if you have been convicted of Count 1 – Attempted Robbery, and Count 2 – Burglary, the Court could assign this type of consecutive sentence:

Count 2 to run Consecutive to Count 1.

Now what if this example is changed to concurrent? In that situation, once you serve the initial 24 months, you would become eligible for release. In other words, a consecutive sentence is basically twice as bad or severe as the concurrent version of the same sentence, in this example.

Does a Plea Negotiation in Nevada Guarantee Anything?

You may be surprised to learn that the judge does not have to follow the plea agreement your attorney negotiated with the prosecution. The plea bargain is just an agreement for both sides to ask the judge to impose a particular sentence, but the judge can disregard it and impose any sentence allowed by law.

But what happens in real life, not theory? In the overwhelming majority of cases the judge will follow the plea negotiation. Your attorney will be able to give you a good idea of how unlikely it is, given your particular case, that the judge will depart from the terms of the plea agreement.

What Happens at a Sentencing Hearing?

Some sentencing hearings are fast and easy, some are more complicated. If your sentence is the result of a plea deal where both sides agree to ask for the same sentence, this will usually not take long, because the sides are not arguing against one another.

However, if your plea deal is for a “right to argue,” this means both sides will make an argument at the time of sentencing as to the appropriate sentence, and then the judge will decide. This can take longer.

At any sentencing hearing, you have a right to present evidence and information to the Court to show why you deserve a lenient sentence. This information can include:

Victim and Defendant Statements to the Court

The defendant is also given an opportunity to make a statement to the judge. Some defendants try and use this time to keep making arguments for why they really did not do it. Judges hate this and some defendants talk themselves into a harsher sentence by having a bad attitude or showing a lack of remorse. Judges generally want to see defendants express contrition and regret for their criminal conduct.

It's Not too Late

Do you need help, but your case is already at the sentencing stage? Don't worry, you still have a right to switch attorneys (in most cases). Don't settle for an attorney that is not giving your sentencing the attention you need to feel comfortable and secure.

Give us a call today and we will go over your case with you and discuss what we can do to ensure your sentencing goes smoothly.