How Arraignment Works in Nevada 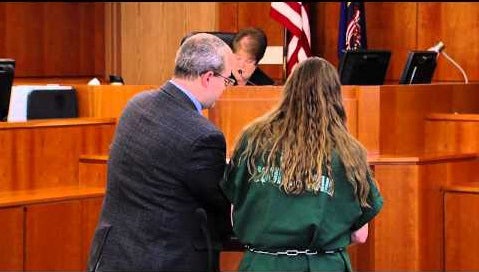 Reduced bail or back to jail? You need an attorney at your arraignment.

Regardless of how or why someone was arrested, the next step in any criminal case in Nevada is what is called an Arraignment. If you are not in custody, and you hire an attorney from Liberators Criminal Defense, we will appear on your behalf. That means you (most likely) can stay home and have us appear for you at the initial arraignment.

Which Court is an Arraignment In?

If you have been accused of a felony, ultimately your case would go to trial in one of the State District Courts. However, cases do not start there. Your very first arraignment will be held at a lower court. For example, if you have been arrested in Las Vegas, your initial arraignment might be at the Las Vegas Justice Court, North Las Vegas Justice Court, Henderson Municipal Court, or one of several other lower courts located in and around Clark County.

The Charges Against You

Own Recognizance Release or Reduced Bail

In reality, the most important thing that might happen at your initial arraignment is your first opportunity to address the level of bail, or to ask for your release on your own recognizance, which means, without having to pay financial bail or bond.

Even though this happens right at the beginning of the case, it can be one of the most important steps, because it has a direct and immediate consequence on the defendant. Will you be going home to your family or back to jail for months or years longer? Is your bail going to be set so high you can never afford it? Do you have to pay cash bail, or can you pay a bail bondsman a percentage of the bail?

These are all important questions the Court might end up addressing at your initial arraignment. You need an attorney there on your behalf to make sure your case gets off to a good start, and either get you home to your family on your own recognizance (without paying bail), or greatly reducing the bail to an amount you or your family can afford. Contact us today so we are there to fight to get you home after your arraignment.