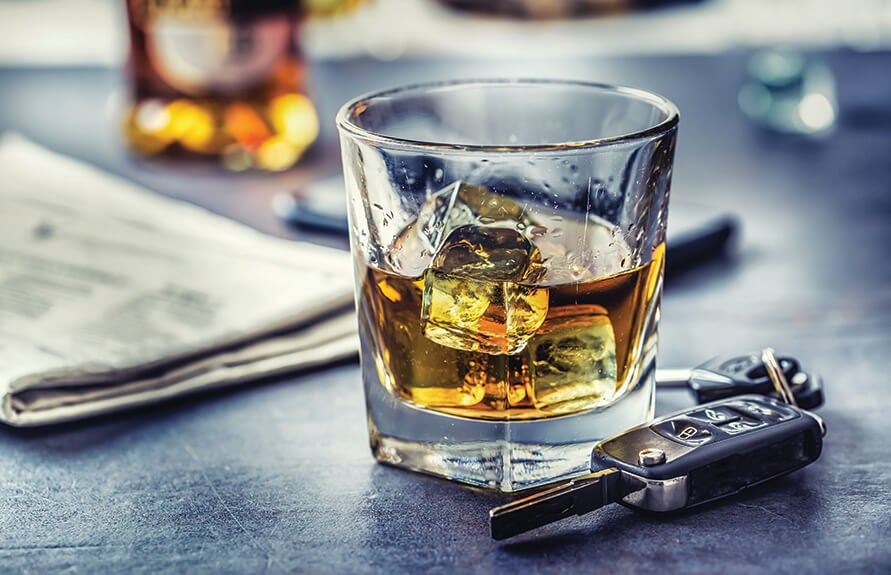 You've been Arrested for DUI, Now What?

When it comes to alcohol, if your BAC (Blood Alcohol Content) is over .08% within two hours of being in actual physical control of a motor vehicle, you have violated the DUI statute. However, if you are under 21 years old, the law is even more strict: you can't have a BAC over .02%.

It's not all bad news, however. If you have been arrested for DUI in Las Vegas Nevada, and it is your first DUI offense, chances are you're only going to be charged with a misdemeanor. A misdemeanor has a maximum sentence of 6 months in jail, but don't be alarmed, most first time DUI cases do not end up involving serious jail time, so long as you have the right DUI defense attorney that can guide your case towards a fair resolution.

If you have been arrested for DUI, you most likely have some immediate problems: was your car impounded? Is your license suspended? Will you need to pay to have an interlock device installed on your vehicle? The attorneys at Liberators Criminal Defense can help you get the answers you need and begin cleaning up this mess. Call us today. We are currently offering a flat fee of $1,200.000 for any first time DUI case and would be happy to discuss your case with you during a free initial case review.

What is DUI in Nevada?

Nevada, like all states, make it a criminal act to drive under the influence of alcohol or any other intoxicating substance. Specifically, the elements of DUI in Nevada are:

It must be noted that an even lower BAC, or blood alcohol content, is permitted for some drivers. A commercial driver cannot have a BAC of .04 or more and a driver under the age of 21 is limited to a BAC of under .02.

What are the Penalties for DUI?

There are a wide range of potential penalties in Nevada for DUI, depending on certain facts. The penalties will depend on:

The penalties will also include:

Penalties for a Second DUI Offense

What are the Penalties for a Third DUI in Nevada?

Penalties for a Nevada DUI causing Injury or Death

If your DUI injured someone or resulted in a death, your case will be charged as a felony, regardless of whether or not you have been previously convicted of DUI.

NRS 484C.430 is the statute which criminalizes DUI causing Injury or Death. Penalties for this offense would include:

That's right: a DUI case causing injury or death cannot have the defendant sentenced to probation. A criminal defense attorney will have to fight to resolve your case for some other offense that is probationable, through a plea negotiation, or obtain a not guilty verdict at trial, in order for the defendant to avoid prison time.

Can DUI Cases be Reduced by a Plea Negotiation or even Dismissed?

The Nevada legislature has seen fit to attempt to prevent prosecutors from reducing DUI charges through plea negotiations. This is contained within NRS 484C.420 to 484C.440. Nevertheless, as a practical matter, prosecutors are still sometimes willing to negotiate DUI cases, notwithstanding this direction from the legislature.

First, if for some reason the evidence to prove the DUI is very questionable. For example, the evidence of DUI is weak if the BAC results come back under .08 (although it is still possible to be convicted). Another example would be if there was some problem with proving whether you operated the motor vehicle (for example, if you were arrested much later, it may be difficult to prove you were drunk hours earlier).

The second method of fighting a case successfully would be where there is a problem with the investigation. This means the police officer investigating the case made a mistake, or there was a problem with the testing equipment. For example, even if you are clearly guilty of DUI, a defense attorney can get your case dismissed if the law enforcement officer only discovered you were drunk after illegally pulling you over. Another example would be where the breath or blood test used by the police relied upon expired or malfunctioning equipment.

Call our Las Vegas DUI attorneys today so we can start fighting your case and working to get you the best result possible.