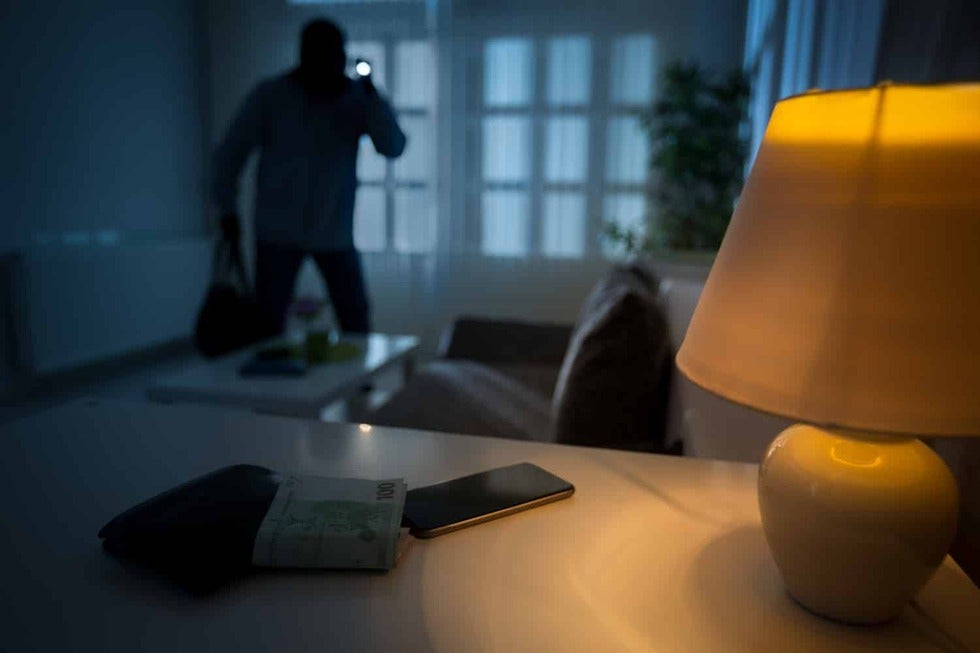 NRS 205.060 is the statute which defines and criminalizes Burglary in Nevada. Burglary is defined as entering a building, structure, or vehicle with the intent to commit larceny, assault, battery or any felony once inside.

Some examples of burglary include:

Entering with Criminal Intent is the Crux of the Crime

Example: Bob drives up to a corner store. He puts on a mask and enters the store, planning to steal thousands of dollars kept in the manager's safe. Once inside, Bob gets spooked and drives off. He is later arrested, and the police find the mask, and a notepad describing a “burglary plan” on the floor of the car. Bob is guilty of Burglary even though he did not actually steal anything once inside, because he entered the business with felonious intent.

What if there was no Breaking and Entering?

The prosecution does not need to prove that the burglary suspect accessed the location by breaking and entering to prove the crime of Burglary in Nevada. There is no requirement of proof of forced entry. Even if you walk in the front unlocked door of a store that is open for business, if you enter with the required criminal intent, you have committed the offense of burglary.

Even so, the lack of forced entry can help a defendant in a burglary case. If the defendant had a lawful explanation for his presence at the location, such as if he was a customer of a store during normal business hours and entered through the automatic front doors, this is a fact which helps provide an alternative and non-criminal explanation for his presence at the location, which can be argued at the time of trial.

What if the Defendant Decided to Commit the Crime After Entering?

Example: Bob goes shopping at an electronics store. When he is walking around the store, he is falsely accused of shoplifting. Bob loses his temper and beats up a store employee, causing substantial bodily harm. Is Bob guilty of Burglary? No, because he did not have motivation (or intend to) beat anyone up until after he entered the store and was wrongly accused of shoplifting.

However, what if the same thing happens, but this time Bob is accused of shoplifting, and goes out to his car to calm down rather than argue. But he can't calm down and decides to go back inside and teach that employee a lesson, and again beats him up. Is Bob guilty of Burglary now? Yes, because Bob entered the premises with the intent to commit felonious battery upon the store employee.

What are the Penalties for Burglary?

The penalties for Burglary in Nevada depend on the location of the burglary, and other factors. The statutory rules are as follows:

What are some Defenses to Burglary?

Every case is different, but some common defenses to Burglary might include:

Can a Burglary Case be Dismissed or Reduced?

If you hire a skillful attorney to fight for you, your chances of getting your case dismissed, or reduced to a lesser charge, can be improved. Your defense attorney will oversee a complete investigation into the allegations against you and find any weakness in the prosecution's case.

If there are no weaknesses in the prosecution's, a reduced plea deal can still sometimes be negotiated, especially if the defendant is willing to take an active role in showing they have learned from this experience (such as doing community service, going to alcohol or drug treatment, etc.).

Call our attorneys today to let us start fighting on your behalf.