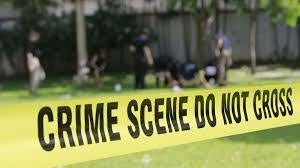 The Crime of Murder under Nevada Law

Murder is made up of several elements of proof. First, it is a crime of homicide. Homicide is the killing of a human by another human. Second, it must be done with intent. For first degree murder, the crime must be premeditated and done with specific intent. For second degree murder, the crime can be proven without specific intent based upon the act of a defendant which was so reckless that death was the foreseeable consequence.

What are the Penalties for Murder?

Murder has different penalties depending on whether it is first degree murder or second-degree murder.

What is Felony Murder?

A third form of murder is felony murder. This is where a defendant is convicted pursuant to the felony murder rule. In Nevada, the felony murder rule says that some felonies are so dangerous, that if you commit those felonies and someone dies during the offense, you are automatically liable for that person's death as a murder. This is the same logic as second-degree murder, where the defendant's conduct is so closely related to a risk of life that they are legally liable for those foreseeable consequences of death.

What felonies in Nevada qualify under the felony murder rule?

What are some Defenses to a Murder Charge?

A murder trial is very serious, and the case must be fully investigated, sometimes for years, to ensure the best possible defense strategy is put forward. This is especially true in death penalty cases, which can take even longer.

Every case is unique, but some common defenses to a murder allegation may include:

Call one of our Liberators Criminal Defense attorneys today for a free initial case review and consultation.