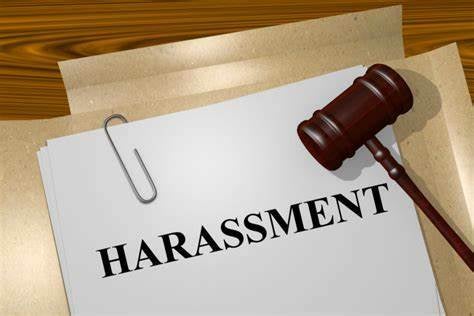 Harassment is a crime which is amorphous and hard to define. Many actions can be interpreted as being harassing or threatening, even if they were not intended that way. To commit criminal harassment in Nevada, the suspect must knowingly threaten someone else with harm, such that the other person has a reasonable fear that the threat would be carried out.

Harassment is an extremely general crime that comprises many possible actions. Broadly speaking, to harass in Nevada means knowingly to threaten someone else with harm so that person reasonably fears that the threat will be carried out. Such harm may include:

What is the Harassment Statute?

NRS 200.571 is the Harassment statute in Nevada. It states as follows:

“1. A person is guilty of harassment if:

(a) Without lawful authority, the person knowingly threatens:

(1) To cause bodily injury in the future to the person threatened or to any other person;

(2) To cause physical damage to the property of another person;

(3) To subject the person threatened or any other person to physical confinement or restraint; or

(4) To do any act which is intended to substantially harm the person threatened or any other person with respect to his or her physical or mental health or safety; and

(b) The person by words or conduct places the person receiving the threat in reasonable fear that the threat will be carried out.

(a) For the first offense, is guilty of a misdemeanor.

(b) For the second or any subsequent offense, is guilty of a gross misdemeanor.

Is Harassment the same as Stalking?

What are the Defenses to Harassment?

Every case is different, but there are some common defenses to a harassment charge that an attorney will usually investigate. These may include:

What are the Penalties for Harassment?

Harassment, if it is your first offense, will usually be charged as a misdemeanor. A misdemeanor will be punishable by up to 6 months in jail and/or a fine of $1,000.00. If you have previously been convicted of harassment, subsequent offenses will be treated as gross misdemeanors.

However, harassment is sometimes a felony. It can be treated as a felony when you threaten the victim with death or substantial bodily harm, in which case, it can be charged as a Category B felony. This version of the offense can include 2 to 15 years imprisonment.

If you or a loved one is facing a harassment allegation, give us a call today and we will get started fighting to clear your name.