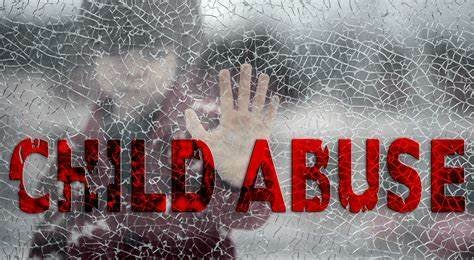 What is Child Abuse and Neglect in Nevada?

The Nevada legislature defines the crime of child abuse and neglect through NRS 200.508. The statute defines that crime as willfully causing a minor to suffer unjustifiable physical pain or mental suffering. Child abuse is a general intent crime. This means you can be guilty of this crime, even if did not intend to harm the child, so long as your conduct was willful.

What are the Types of Criminal Child Abuse?

In Nevada, there are several types of child abuse recognized to be illegal and criminal. These include:

Short answer: sometimes. Strictly speaking, it is illegal to hit (or commit battery) against a child. This would make it illegal to punch, kick, cut, strangle, or otherwise attack a child. But what about spanking as a form of punishment? Nevada allows for some spanking, so long as it is reasonable. It must not be excessive or physically debilitating. Any pain caused to the child must not result in injury, and must not be “unjustifiable.”

What are some Defenses to Child Abuse and Neglect?

Every case is different, but a good defense attorney will be sure to investigate common defenses to child abuse in any case. Some defenses that might apply would be:

Is Child Abuse a Felony or Gross Misdemeanor?

The penalties depend upon the severity of the abuse or neglect. The crime can either be prosecuted as a gross misdemeanor, or as a felony.

Physical Abuse Causing the Death of the Child

In some cases, the abuse or neglect is so severe that the child dies. When this happens, prosecutors in Nevada can charge the crime as first-degree murder. This is true even when there was no intent to kill. In such situations, child abuse murder is analogous to the felony murder rule. The felonious crime of severe child abuse is so closely related to death that the defendant cannot proclaim ignorance of the probable outcome of the abuse, which may include death.

Neglect is different than intentional abuse. Neglect includes abandoning the minor child or failing to provide the child supervision, food, shelter, medicine, or necessary care. It is important to note that, unlike child abuse which results in death, neglect that results in death will ordinarily not be charged as murder. If it is charged as murder, this would be a contested issue at trial for your attorneys to fight. This is because there is a distinction in the criminal law between willful actions (doing some bad act willfully) and crimes of negligence, which often have a less culpable state of mind.

The third type of crime involving harm to children is endangering a minor child. This is when you put the child in a situation that jeopardizes their health. For example, this can apply when one parent knows their spouse is sexually abusing the children, but they keep letting the spouse get away with it by having alone time with the kids.

What are the Penalties for Child Abuse and Neglect?

Every case is different. Penalties depend on some basic factors:

The highest punishment applies to Category A felony abuse with a possible life sentence with parole eligibility after 15 years. This would apply for sexual abuse against a child aged 13 or younger, which also causes substantial harm.

To take another example, if the abuse was willful, but no substantial harm occurs, the crime can be charged as a Category B felony with 1 to 6 years in prison.

There are other penalties which might apply based upon the unique facts of your case. Contact one of our defense attorneys for a free initial review of your case to learn more, and so we can start fighting on your behalf.