Direct Appeals to the Supreme Court of Nevada 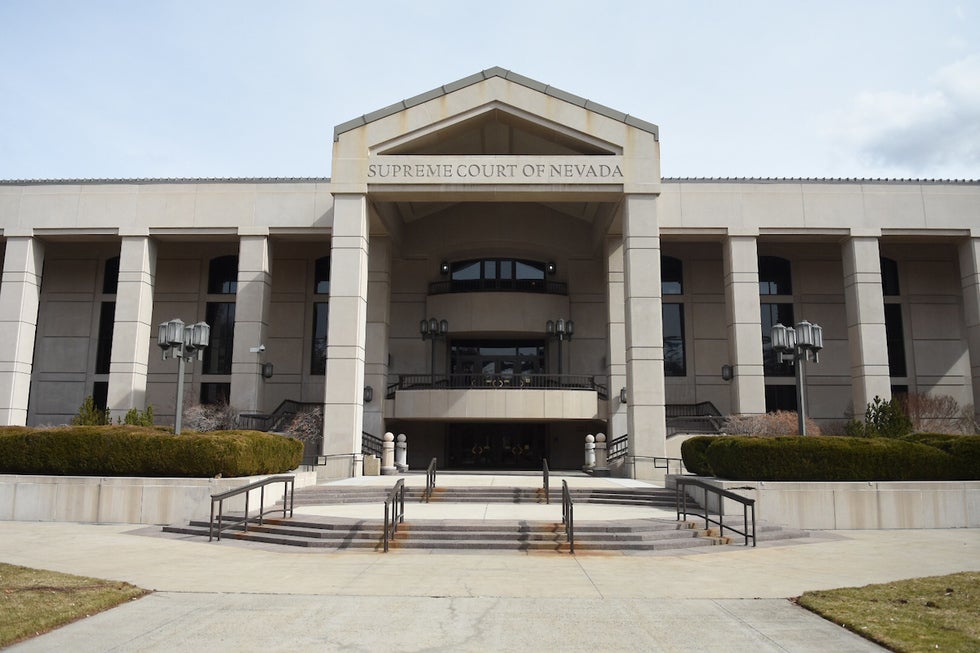 The Supreme Court of Nevada

If you have been convicted of a crime in Nevada, and that crime is a felony or a gross misdemeanor, you likely have a right to a direct appeal to the Supreme Court of Nevada.

What is Direct Appeal?

An appeal is when you bring your case to a higher court and ask them to change something that already happened at a lower court. For example, if a jury convicts you in the Eighth Judicial District Court in Las Vegas, Nevada, you can file an appeal to the Supreme Court of Nevada, asking them to reverse the jury's verdict. If you win your appeal, the Supreme Court will send your case back to the lower court (such as the District Court) and instruct them regarding the next step, which most often will be a new trial in your case, consistent with their order of reversal and remand.

Why does an Appeal get granted?

There are many other reasons an appeal could be granted which are not mentioned here. Every case is unique. Contact our direct appeal attorneys today to have a free initial review of your case to see what we can do for you.

At the end of the appeal, if we win, the case is overturned and remanded to District Court. Most of the time, the remand would be for a new trial. However, in certain circumstances, there is no new trial allowed, and the case will be dismissed (this happens, for example, when the initial trial had insufficient evidence to sustain the conviction).  But if the Supreme Court finds no errors, or finds that errors were harmless, they will affirm the judgment, meaning your conviction remains in place.

What is the Process for an Appeal to the Supreme Court of Nevada?

In general, the steps of an appeal to the Supreme Court of Nevada are as follows:

These steps are to provide a general framework. If you think you might want to exercise a right of appeal, you must contact an attorney to get the advice applicable to your case.

How Long will My Appeal Take?

If you were convicted of a serious crime in Nevada, the appeals process can take a good length of time. In general, a direct appeal of a serious felony conviction will take at least 180 days (or 6 months) to be fully briefed. Once it is fully briefed (and orally argued, if oral argument is ordered by the Court), it is submitted to the Supreme Court for a decision. There is no firm time period for the Court to issue its decision, but it generally takes at least 2 additional months. In other words, a good rule of thumb would be to expect your appeal to take at least 8 months for completion.

Sometimes, things do go slower than that. Both the defense (your attorneys) and the State of Nevada (the prosecutors) have the right to request continuances of each deadline, meaning, they request additional time. At least one continuance is usually granted by the Supreme Court (including an automatic 14-day continuance for each side). These continuances could make your direct appeal take longer to resolve, especially if you had a lengthy trial which presents numerous complex issues on appeal.

What Happens if I Win

If your appeal is granted, a written opinion will be issued instructing the lower court what to do. For example, if your conviction is overturned because the judge made a mistake, the Order of Reversal and Remand will instruct the trial court about the nature of their error and direct them to hold a new trial free from that error. However, if your conviction is overturned because there was insufficient evidence against you, the State generally cannot put you back on trial. This is because of the Double Jeopardy clause of the United States Constitution.

What Happens if I Lose?

If your appeal is denied, the Supreme Court of Nevada will send your case back to District Court. If you are incarcerated, you still have additional rights to pursue. The next step would be to investigate filing what is called a post-conviction petition for writ for habeas corpus relief. Unlike a direct appeal, the district court itself considers post-conviction habeas petitions.