The State accused the client of trafficking 9 million dollars' worth of illegal drugs, carrying a possible Life Sentence. First, we got the client out of custody without having to pay financial bail. Second, we negotiated a deal including the possibility of probation. At sentencing, we were able to convince the judge to give our client probation time instead of prison time. 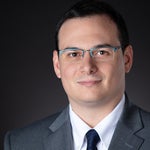